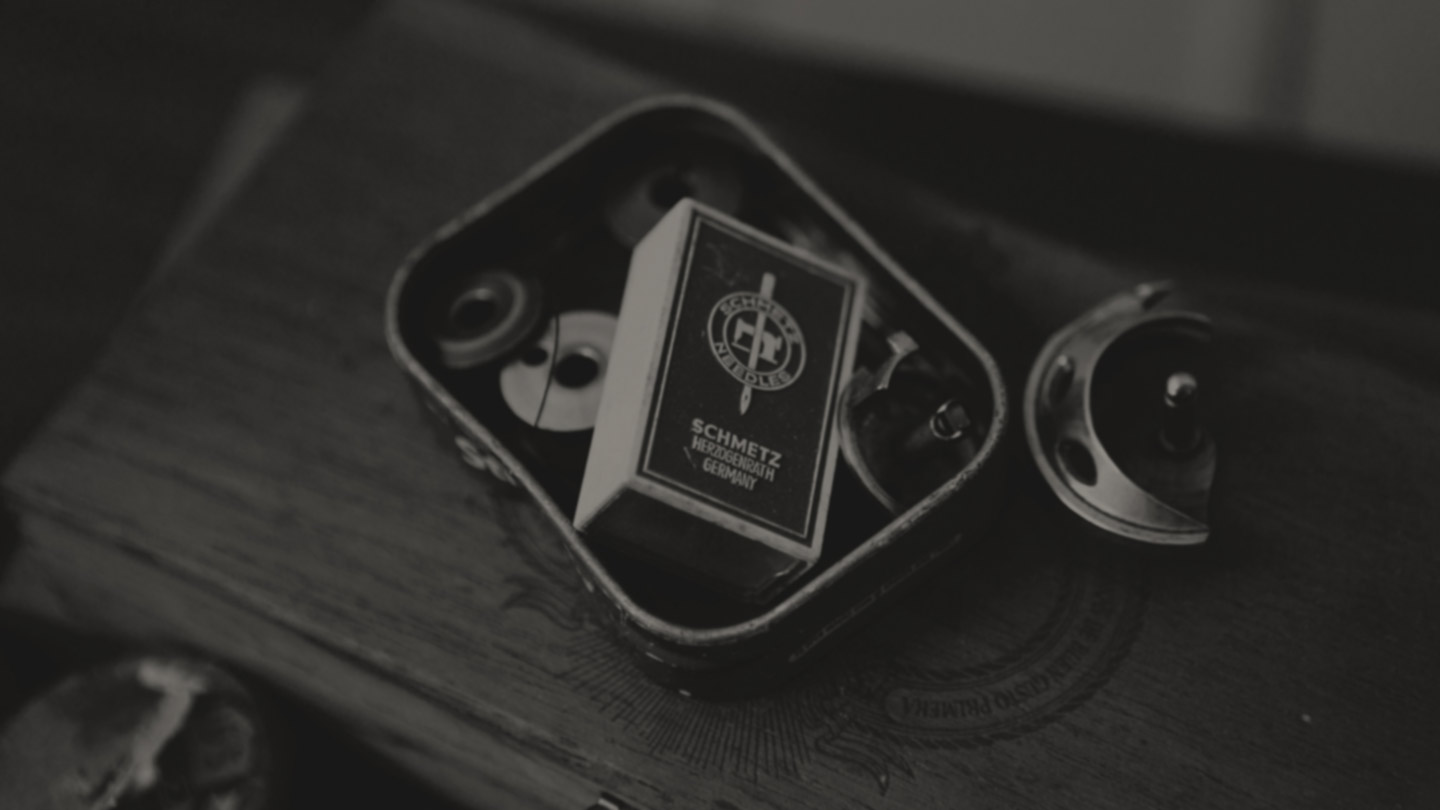 The idea of walking in a father’s footsteps is as old as the art of making shoes itself. It’s the idea on which Wootten is founded. Jess’s dad, Ross Wootten, began making bespoke footwear in the early 1970s in South Australia under the tutelage of Bulgarian Master Craftsman and internationally renowned shoemaker, George Koleff.

His son, Jess Cameron-Wootten — now the head cordwainer at Wootten — remembers sitting in the corner of his father’s tiny studio as a young boy and marvelling at the care his father took as he crafted shoes from scratch.

Ross was not just a brilliant cordwainer, but also the consummate people person; in many ways the quality of the relationships he built with his customers was just as important as the quality of his shoes. 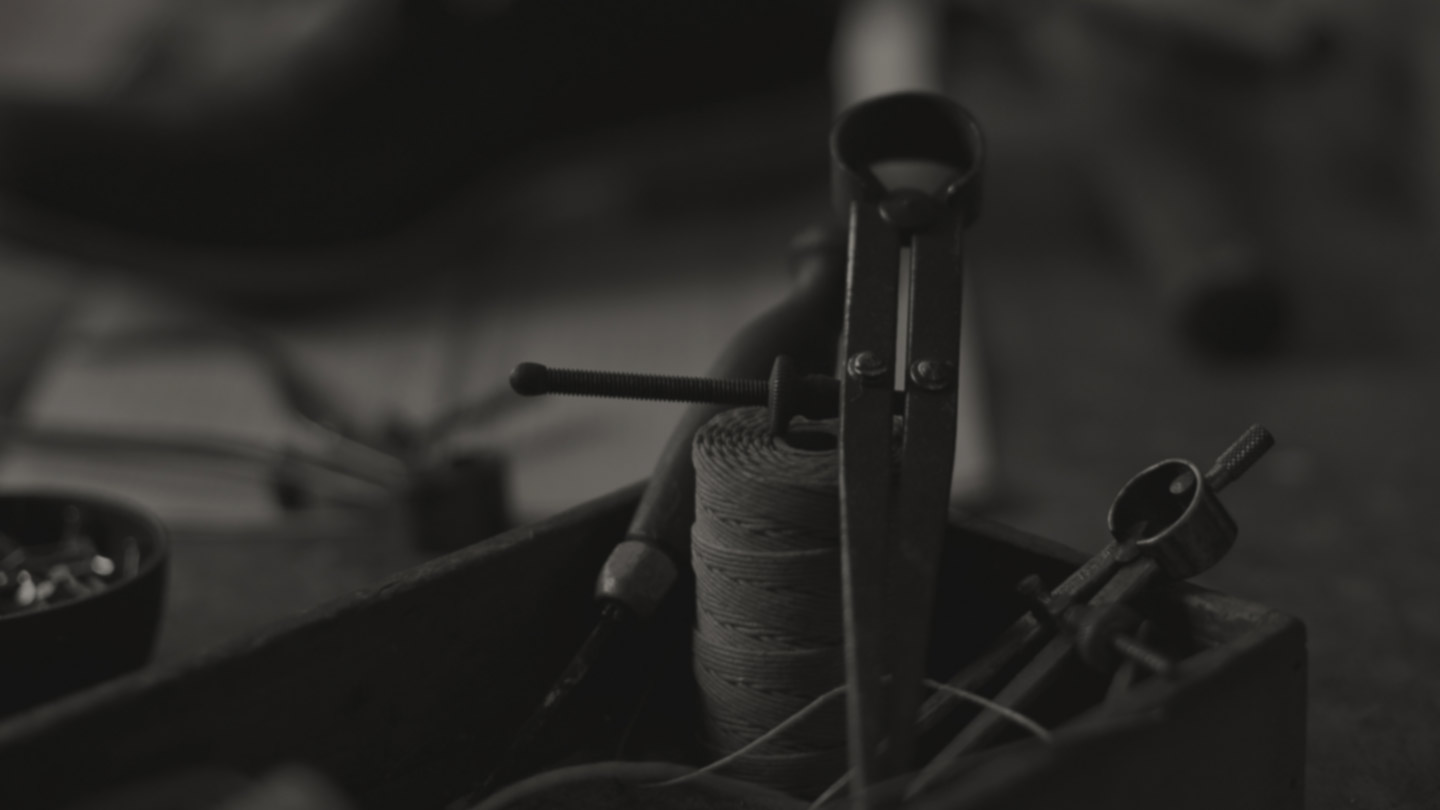 Not much more than forty years ago, Australia’s footwear manufacturing industry was thriving. Tariff cuts introduced during the 1980s radically changed the shoemaking landscape in Australia and brought an end to a proud era. Over the next couple of decades the industry began to die and mass produced, foreign-made shoes quickly started to dominate the Australian market.

A few Australian shoemakers continued on, though. One of those was Peter Cordwell, who had been making shoes for several years before the tariff changes came into force. The Melbourne company he was working for was forced to close but despite the obvious signs to the contrary,

Peter felt that there was still a demand for high-quality Australian made shoes. He founded Custom Fit Australia with Max Pizzey in 1991.

Peter and Max made shoes for golfers, footballers and nurses and began to develop a strong reputation, soon attracting customers who were household names: Garry Ablett Snr, Stephen Silvagni, Justin Madden and many Australian golf professionals. Some time later, Custom Fit also moved into orthopaedic shoes, again achieving a name in that range for quality and comfort. 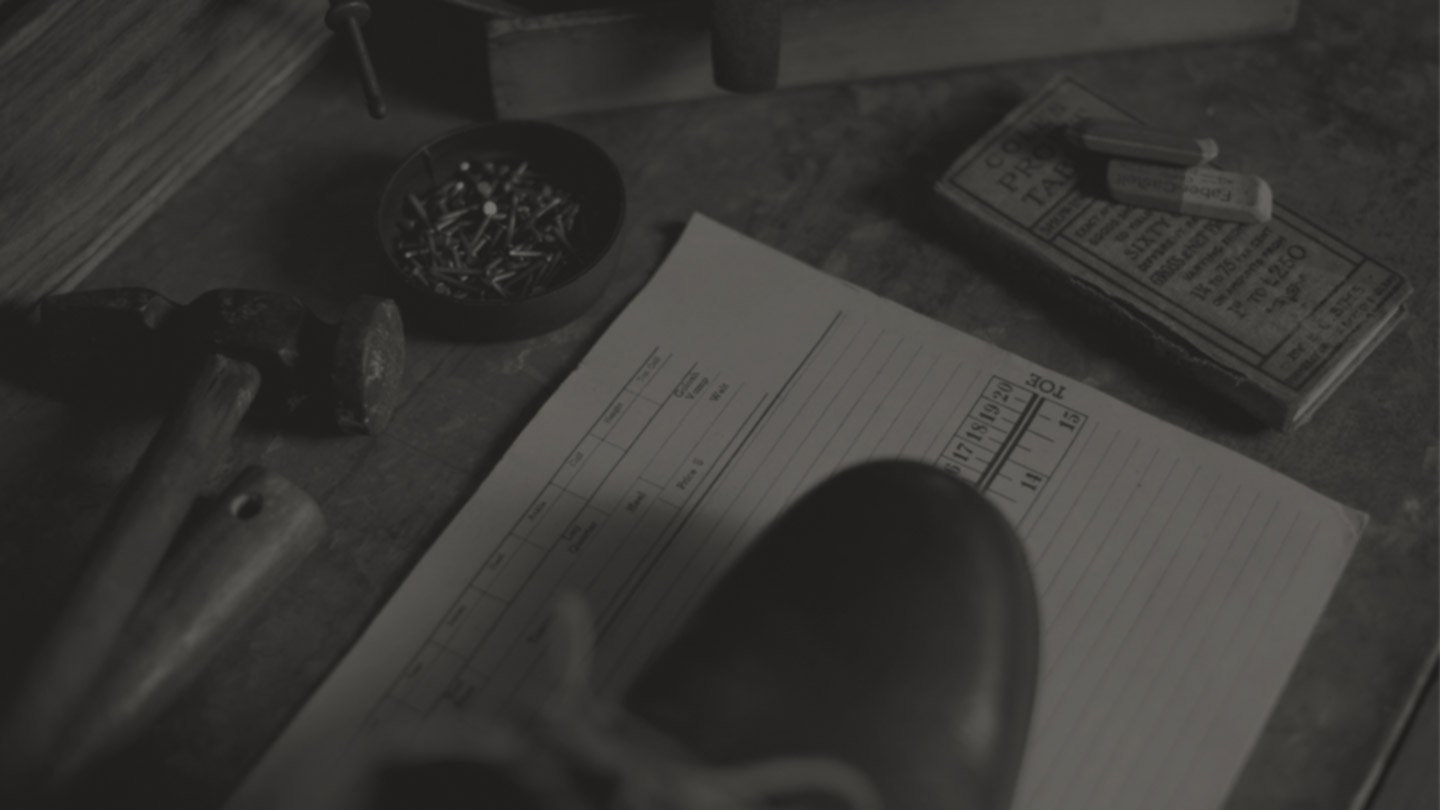 Peter’s intuitive sense that there was still a market for well-made Australian shoes in the post-tariff economy proved to be visionary thinking. Although many consumers were drawn to the allure of cheap footwear manufactured overseas, some remained loyal to the idea of true quality and craftmanship.

Recently, this group of consumers has begun to expand rapidly. The ‘Slow Movement’, beginning in Italy as a one-man protest against a fast food giant in the mid 1980s, has become a cultural phenomenon encompassing food, but also design, travel and fashion. As people today latch on to the concepts that underpin Slow Fashion, genuinely high-quality clothing and footwear, locally made by hand, is becoming more and more sought-after.

This is where Jess Cameron-Wootten returns to the story. Eager to continue the legacy left by his father, Jess came to Custom Fit in 2008 with a background in design and leatherwork, and a keen sense that the wave of Slow Fashion was bringing with it a burgeoning desire for individual style (as well as practical comfort and dependable quality).

Peter, who had been contemplating retirement, was only too pleased to become a mentor to Jess with a view to ultimately handing the reins of the business over.

Custom Fit became Wootten in 2012, with Jess taking over as head cordwainer and principal photo model. 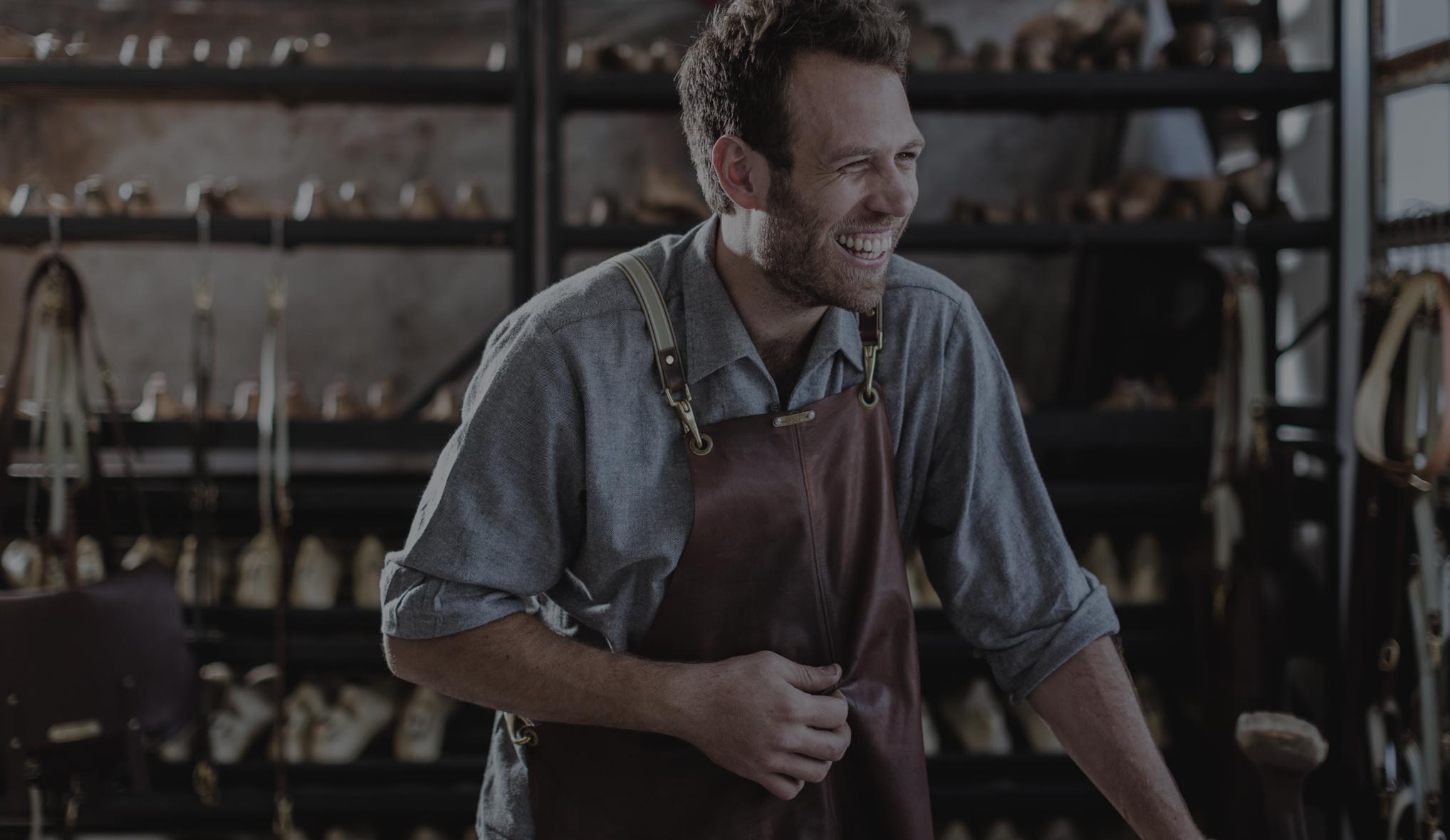 Wootten’s current team possesses more than 40 years of combined experience. Jess was joined by his wife, Krystina, in 2015. Krystina brought with her plenty of winemaking and tasting experience, which we’ve yet to successfully combine with the leather side of things. She has learned the ropes of the business quickly and is involved in footwear and accessory production as well as looking after all our customers on phone, email and in the shop.

As a team we continue the Custom Fit tradition, making bespoke footwear. But today we also concentrate heavily on fashion, and produce shoes that say as much about a person’s individual style as they do about their interests and podiatric needs.

In 2018 we relocated our workshop to Ballarat. This, along with our Melbourne shop, is where the production happens for all our leather goods and footwear. The retail shop in Richmond, Melbourne, showcases our ever-expanding collection of footwear and leather goods.

Our products online are hand-made to order & may take up to:

Join our newsletter for offers & updates: